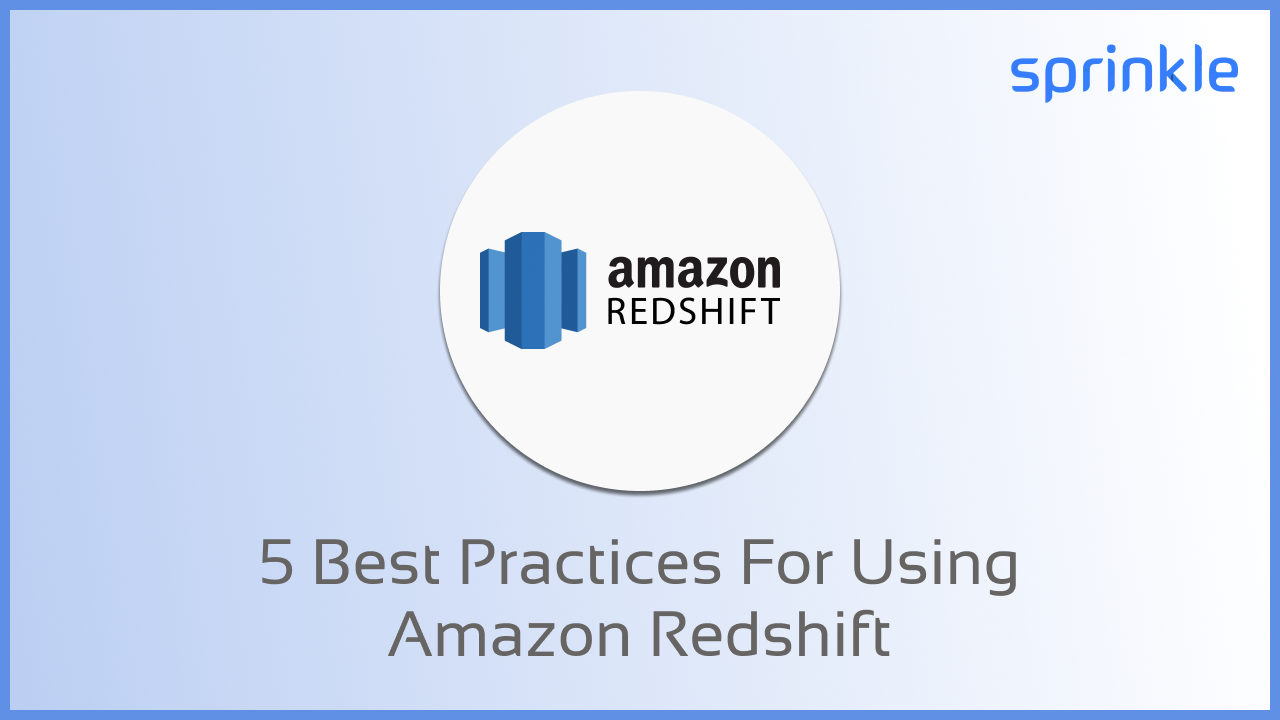 Warehousing is the process of collecting data from multiple sources and effectively managing the company’s data to derive useful business insights from it. It is one of the most crucial ways of dealing with large volumes of data to extract value from it in the easiest way possible. So selecting the right data warehouse should be our topmost priority. For optimal performance, many firms have already started shifting to cloud technologies that help in reducing manual work hence reducing the chance of errors. AWS redshift is the most in-demand data warehouse that provides all these facilities in a cost-effective way. To make the most out of redshift its best practices should be adopted to use it to our advantage. To know more about redshift best practices check out this article.

The four distribution styles used in amazon redshift are listed below :

B. Even Distribution style

This is one of the simplest distribution styles in which data is evenly distributed by a leader node of the cluster one after another in a round-robin fashion. This distribution style is basically used in tables where no joining conditions are used.

AWS redshift uncovers the QMR capabilities that enable users to easily monitor queries and key metrics in a user-friendly and intuitive manner. Some automated suggestions are also provided by amazon redshift for optimal query performance. You can also define what actions to take if a query goes past the set limits. Along with this, you can even monitor the exceeding space utilization by each query and if needed you can easily eradicate such queries with the query monitoring feature in redshift.

Vacuuming tables is a crucial step for the health and maintenance of the AWS   redshift cluster. The main purpose is to reclaim the free space and use it more efficiently which will be responsible for enhancing the performance of the queries. Amazon redshift automatically does not reclaim the unused space that is free whenever a row is deleted. There is an acute need to regularly clean up tables after a bulk delete to free up the extra space and enhance query performance.

To ensure the safety of data in the data warehouse defining user groups can be the best practice for AWS redshift. The control of who can access the data in the warehouse is with administrators and selective permissions can be easily given to a specific group. With the user groups feature in AWS redshift data security and integrity can be ensured by only permitting specific users to access the data.

Sort Keys are a robust set of tools for optimizing query execution. They are used to sort the data and store it in a particular order in a node. If data is sitting across various nodes the way of storing and sorting the records totally depends on the preference of a sort key. So specifying sort keys in joining conditions and filters helps in boosting the query performance by lowering the number of iterations. Maximum query performance is acquired for any query execution by selecting the right sort key. Some ways for selecting the correct sort keys are :

This article mainly deals with the best practices for AWS redshift to optimize the query performance facilitating advanced level analytics. Following these practices can make your experience with redshift a lot smoother and more profitable. Apart from this AWS redshift provides several advantages such as speed, performance, and scalability to manage high data volumes generated daily.