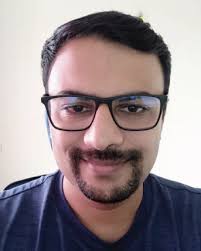 Jaideep Dhok
Head of Data Engineering
Yulu
"The data team has been able to reduce the data dependency on them. Through the self-serve analytics on Sprinkle, the business & product users are able to get the required data & visualisations with ease themselves. Once the models are set up, it is very easy for users to build on new dashboards, which is very helpful in catering to ad-hoc requests.

‍Actual development time for models, reports, flows & dashboards have come down to just 1-2 days. Time to deliver has become quite fast. Setting up a new ingestion job is just a matter of minutes with Sprinkle." 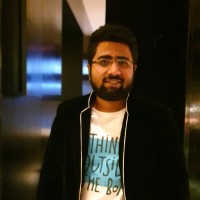 Amit Kumar
Lead Data Engineer
Yulu
"If one were to design a flow or a model from scratch on Sprinkle and the same using Pyspark. On Sprinkle, it would take one-fourth of the time that it would take otherwise."

Founded in 2017, Yulu is a technology-driven platform that provides micro-mobility.Operational in 5 cities across India, it is on a mission to make urban mobility in India seamless, shareable and sustainable1. Yulu started off with a smart lock enabled bicycle, Yulu Move, to solve the first mile, last mile and the short commute challenges in urban areas. Later in 2019, it launched a fleet of electric bikes, Yulu Miracle. In the newer initiatives, Yulu has launched Dex, an electric bike suited for gig economy workers.

In the initial days, the data team faced challenges on multiple fronts. The team was diligently building various solutions themselves and was also on the lookout for solutions that could provide them with quick results. As the operational data grew, the relational database used by the team became bulkier, and the team wanted to push data to a data warehouse. The team needed an end-to-end solution that could be integrated easily. A solution that could provide them with seamless data ingestion from various sources like relational databases, Kinesis, Kafka& CSVs. Help them to transform data, build models, flows, reports & dashboards for their teams briskly. The team wanted to build a complete data stack. The task at hand was also to build data models, like Demand Forecasting and Tracking Bikes in real-time. These models are business-critical and require the urgent attention of the team.
‍
Being at the centre of all data, the data team received many requests from other teams. Some of these teams who would consume the data assets created by the data teams lacked expertise in the query language. So, the team was also on the lookout for a self-serve, no-code kind of analytics platform to free up much of their time resources.

The team started out with configuring their data warehouse to their needs. The Sprinkle team got in touch and did a proof of concept with the data team, demonstrating various features and capabilities of the Sprinkle platform. On-site training for smooth onboarding was provided to the team members. Advanced data analytics models were built using the feature-rich Sprinkle platform. The streaming events data from the bikes were used to build real-time data models to help the operations team perform maintenance and track bikes. The data forecasting model built help the operations team to plan the availability of bikes in different zones. The team also built multiple customised dashboards for specific needs.

Major analysis that empowers the key business tasks is done using Sprinkle. Over 20+ analysts of the central operations team located across 5 cities, use sprinkle reports &dashboards to help operations. With more than 50 connectors that are available on Sprinkle for the ingestion, the team ingests data with ease. The team has also observed an increase in the productivity of the team members. The no-code way of building models is being extensively used.They have considerably reduced the time taken to develop models by migrating to theSprinkle No-Code way from the traditional way of writing the code.