How AceTurtle enhanced its data & reporting with Sprinkle 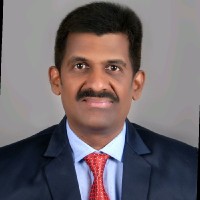 Ramakrishna Gorty
Associate Vice President
Ace Turtle
”After evaluating several other products, we ultimately decided to use Sprinkle Data because it offered a comprehensive solution. It had everything we needed for data integration, modeling, and visualization. The other products we looked at simply weren't as mature or complete."‍

‍"I was impressed by the attention to detail of the Sprinkle Data services team. When we collected data from various sources, they were able to identify missing datasets. Their ability to spot these issues allowed us to go back to the source systems and fix them. We were then able to build reports and dashboards on top of the data to make empowered business decisions.”

Aceturtle is a technology company that is leading the way in the digital transformation of traditional brands and retailers in the retail industry. Through its proprietary platform, Rubicon, Aceturtle integrates online and offline retail channels. It improves efficiency and scalability through an omnichannel transformation using data intelligence. Rubicon is used by major global brands as a SaaS platform. It is also utilized by Aceturtle for its licensed brands' portfolio, which includes long-term licenses for well-known brands such as Lee, Wrangler, Toys "R" Us, and Babies "R" Us. In addition to offering design and local sourcing services for western brands in the Indian market, Aceturtle has a complete vertical offering from design to direct-to-consumer (D2C) for these brands.

Ramakrishna Gorty, Associate Vice president at Aceturle was interviewed for this Case Study. He is heading the data platform team at AceTurtle. His team consists of a lead and a developer and they are engaged in the pivotal tasks that empower their business teams to make data-driven decisions. Revenue analysis, product analytics, category analytics, and inventory analytics, are a few of the key areas of work for the team.
Their responsibilities include automating data tasks like data integrations, performing transformations, building models for specific purposes, automating reporting & dashboards, etc. The team works with data coming from their flagship platform Rubicon and AWS and uses redshift as their data warehouse.

Ace Turtle experienced issues with data utilization and consolidation and was unable to use data effectively for data-driven decision-making. The Rubicon team was tasked with generating reports for the business, but the application's structure and backend needed to be more conducive to reporting. To address this, the team implemented a solution on AWS using Glue. But the design was not well-conceived nor scalable. Daily reports were generated for operational purposes. It was a makeshift setup using Kafka consumer and producer mechanisms for pulling in incremental data that did not meet the business needs. The hosting infrastructure on AWS was sufficient, but the problem lay in the implementation and design of the reporting system.

Ace Turtle decided to look for platforms to manage its data and but it decided on Sprinkle Data due to its comprehensive offering and competitive pricing.

Sprinkle Data offered a full suite of capabilities, including data integration, modeling, and visualization. Ace Turtle also availed professional Data Analyst Services from Sprinkle to identify the various sets of data and how they can be leveraged for building reports.

Sprinkle Data acts as a platform between Ace Turtle's various data sources, including Rubicon and Catalog management systems, and the target data warehouse (Redshift). The data is integrated and stored on AWS, and Sprinkle Data is also used for visualizations. The reports are accessed by business users through dashboards. The data team at Ace Turtle is also planning to build more reports to enable more teams and help improve their decision-making process.

Ace Turtle is using Sprinkle Data to generate a range of reports, including sales, inventory, sell-through, etc. With Sprinkle Data's Professional Services, the Ace Turtle team has access to dedicated data analyst resources. The team helped them to identify missing and incomplete data sets and worked with the AceTurtle team to fix these data quality issues at the source.

Rama says “It wasn't that easy to identify such gaps. Because of their eye for detail and ability to identify the issues, they were helpful in fixing some of the critical data quality issues back in the source”

Overall, Ace turtle is utilizing Sprinkle data's both pipelines and analytics modules. The company has found the platform to be useful for its needs and plans to continue using it in the future.